If you’ve ever enjoyed a chimichanga, you already know that it’s one of the most delicious dishes to grace Mexican-American cuisine. It’s also fun to say “CHIMICHANGAS!” loudly in the kitchen while making them, especially when your dog thinks it’s a special code word for dog treats.

As you smile at your dog with a feeling of superiority that you understand language, you may have a moment of doubt when you say, “Wait, what does chimichanga MEAN anyway? And what’s the difference between a chimichanga and a burrito?”

Well, first off, the main difference is that chimichangas are traditionally deep-fried, meat-filled, and served with cheese or a side of sour cream. Burritos, on the other hand, are not deep-fried and you can fill them any way you wish.

As for what the word chimichangas mean, read on for the story behind the dish (hint: you may have been halfway cursing at your dog).

Yay! The Cookbook is Here Y’all!

Calling all carb lovers! My new cookbook, “Vegan Comfort Food” is available now. In this stunning collection of recipes, I take you on a journey as you experience comfort food from around the world.

Why is it called a chimichanga?

As with most great comfort food, the story begins with a happy accident. It just so happens that this story involves some hot oil and a swear word.

According to the great-grand-niece of Monica Flin, chimichangas were invented late one night in Arizona, when Flin was preparing a late night snack for her nieces. As she finished rolling up a bean burrito, one of the nieces bumped her (such a kid move btw), and it flew out of her hands and into a vat of oil. Why there was a large vat of hot oil is not important apparently, so just go with it.

Anyway, as any woman who was bumped while preparing a late snack for a bunch of kids would do, Flin started to curse in Spanish, yet changed her mind halfway. What came out instead was something along the lines of “thingamajig.” Although it’s interesting to note that “chang’a” apparently means female monkey and when combined with “chimi” it’s a polite way of saying a Mexican expletive. Allegedly speaking, of course.

And even though origins stories can sometimes be blown out of proportion or manipulated along the way, this scenario of a woman cursing at children (who were most likely running around annoying the hell out of her anyway) is pretty plausible to me.

So now that you know, please enjoy these monkey thingamajigs, minus the large vat of oil.

Now, I know when I say “deep-fried,” there’s a lot of emotional attachment that comes with that word. Feelings like joy, ecstasy, and contentment come to mind, but also, some mad FOMO if deep-fried is not what the doctor ordered.

That’s why I present you with these healthier chimichangas that are not deep-fried in a vat of oil. Instead, these chimis use less oil with the pan-fry method, yet still taste absolutely mouth-watering delicious.

They also do not contain vegan meat substitutes, and rely on classic vegetarian refried beans, Mexican spices, and vegan cheese. Instead of sour cream, I’ve topped mine with healthy homemade guacamole and salsa instead.

Can I make these oil-free?

Yes! For oil-free, omit the vegan cheese and replace it with the suggestions below. You can also bake these instead of frying with oil (see below).

Do I have to use vegan cheese?

Nope! Leave it out completely or replace it with a scoop of salsa, cooked Spanish rice, sauteed onions, mushrooms, or bell peppers.

Can I bake chimichangas instead?

Absolutely! Place chimichangas in a 9 x 13-inch baking dish (lined with parchment paper to prevent sticking) and bake them at 400° for about 10-15 minutes. Just keep in mind they may not be as golden brown.

How to make bean and cheese vegan chimichangas

What you need (see the recipe box below for exact measurements):

1. Add the refried beans and spices to a small pot, along with a splash of water to prevent the beans from sticking to the bottom. Heat on medium heat for 3-5 minutes, until the beans are heated through. Remove from heat.

2. Roll your chimichagas like burritos, dividing the refried beans between the tortillas. To make each chimichanga, scoop 2-3 spoonfuls of refried beans onto a tortilla, and top with a handful of vegan cheese. Tuck in the sides, and roll to make a burrito. This recipe makes between 6-8 chimichangas, depending on how you divide your beans.

3. Next, heat a large griddle or skillet and add oil. Cook the chimichangas in oil for about 5-7 minutes, turning occasionally, until the sides turn golden brown. Remove from heat.

4. Serve your chimichangas with homemade guacamole or spicy salsa.

For more Mexican recipes, try these: 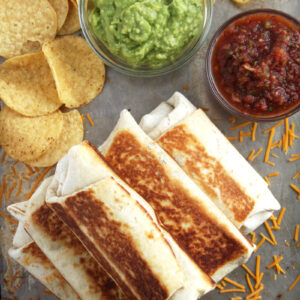 Keyword vegan mexican food, vegan quesadillas
Tried this recipe? Tell me about it + share!Comment and let me know how it was! Then follow BVK on Pinterest @bohemianvegankitchen
Share this recipe with a friend by Email 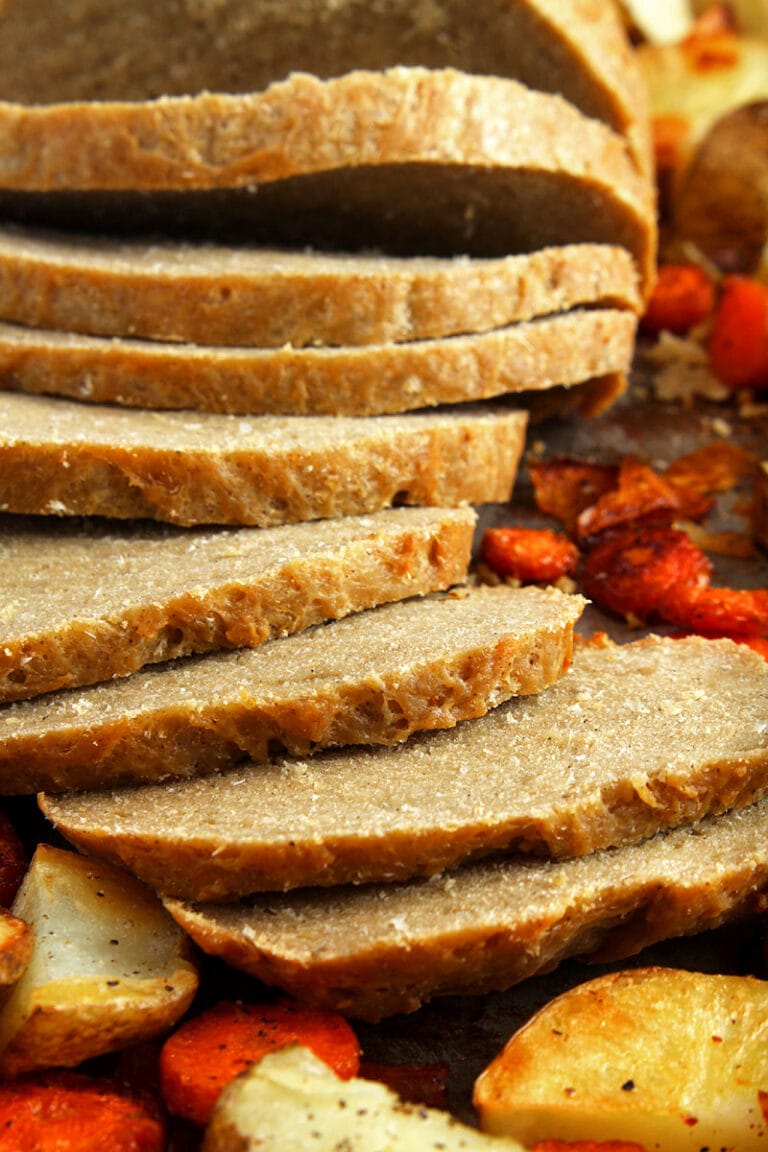 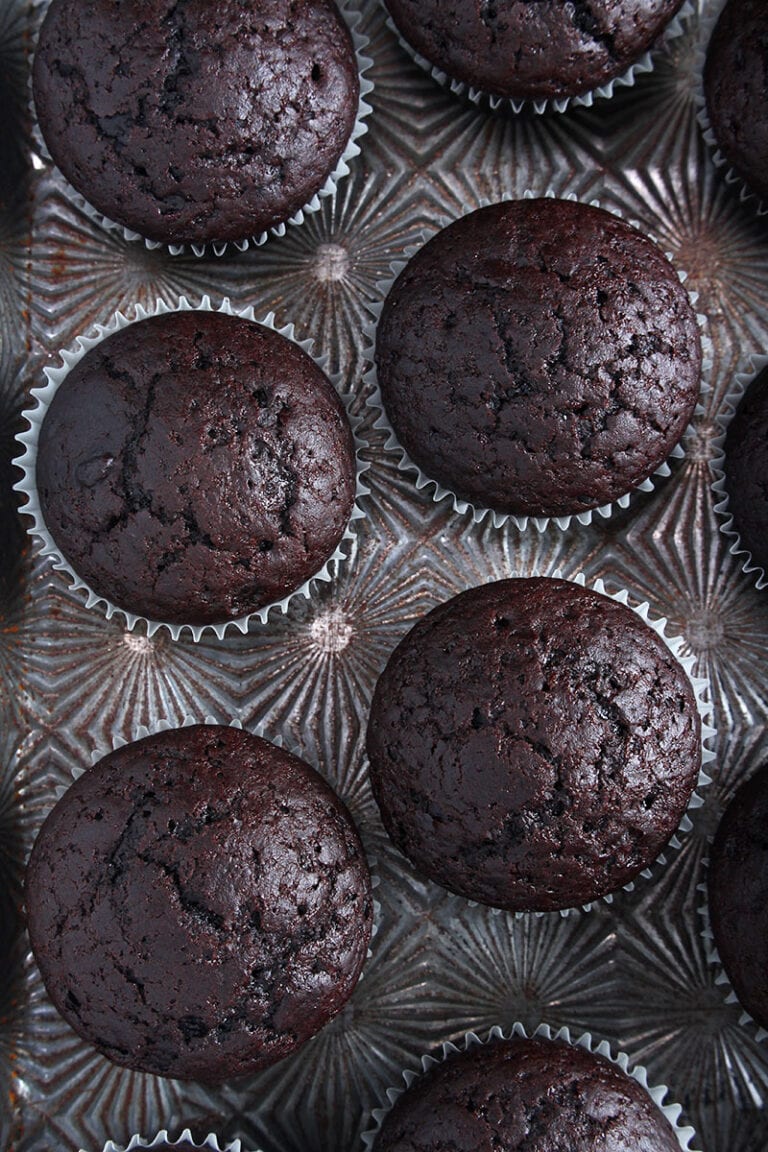 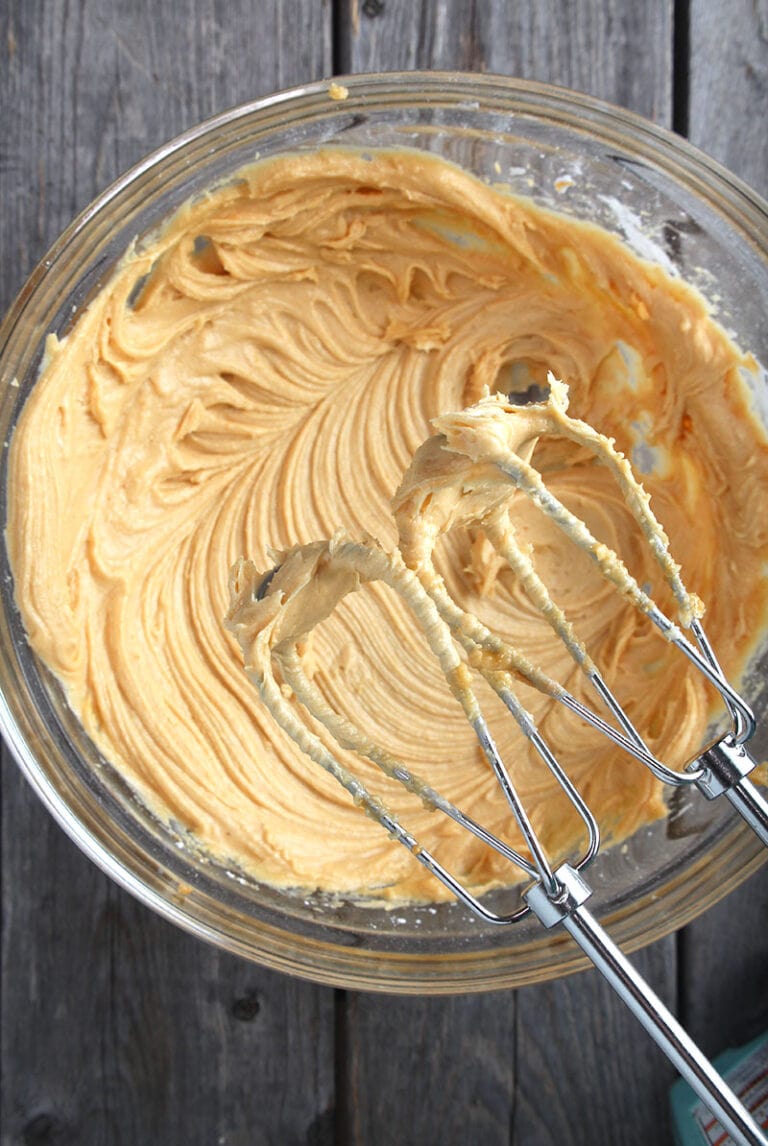