Maybe it’s because nuggets are small, like kids are, and you don’t have to use a fork. Or maybe it’s because you can dip them in heaping amounts of barbecue sauce and then proceed to lick your fingers. Or for some kids, maybe getting nuggets is a celebration because you get a toy along with it.

Whatever the reason, nuggets are here to stay as one of the top kids foods of all time, right next to pizza and hamburgers.

And if you want to satisfy that kid craving for nuggets, but you also want your kids to eat healthy, you gotta get creative. 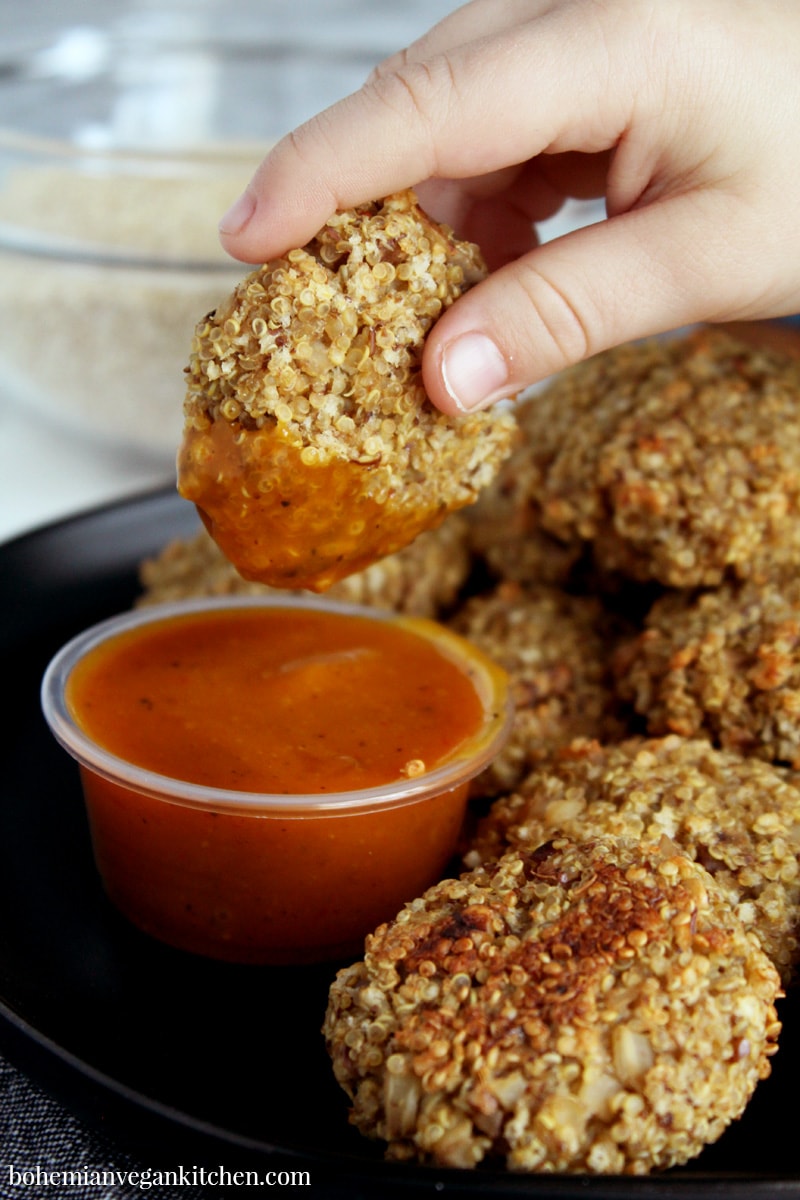 The whole point really, about serving your kids nuggets for dinner, is that it should be easy with little to no thought process necessary.

Hence the reason so many of us buy the Boca vegan chicken nuggets when we are in a pinch. Open a package, throw them on a baking sheet, pop them in the oven. There. Done. You happy now? 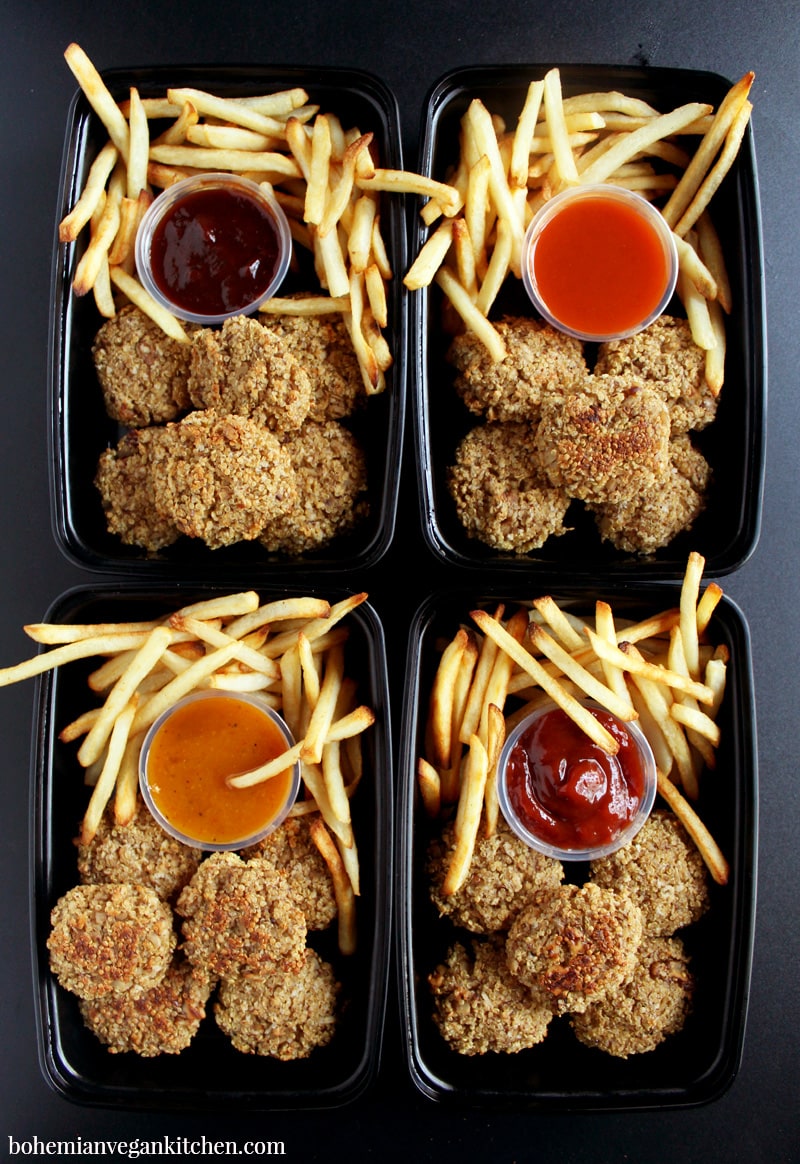 Vegan chicken nuggets that uses quinoa instead of soy

But what about those of us that don’t want to eat a whole lot of soy? Or we want to sneak some veggies in, making sure our kids get a good helping of vegetables while also eating enough protein (cuz that’s a thing)?

Well, we do it ourselves of course. But it doesn’t have to mean hours spent in the kitchen, cooking and dipping nuggets into milk, then dredging them in gluten-free flour or panko breadcrumbs until our hands are coated in edible plaster.

Again, ain’t no mama got time for that…or the energy for that matter. Which is why I concocted these deliciously simple vegan quinoa nuggets; no dipping or dredging required. 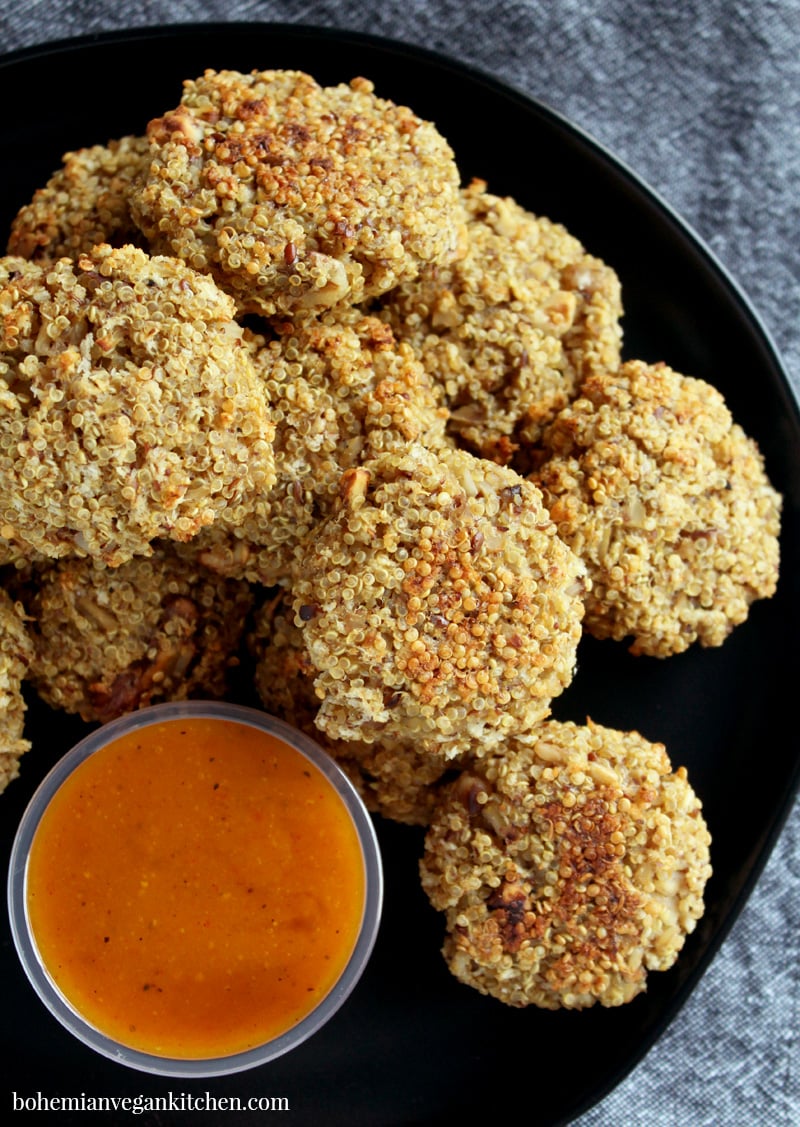 Also, these nuggets hold up really well; the quinoa and flax bind together to create a pleasing texture + yummy taste that doesn’t crumble in your kids clutches.

What’s more is that they maintain their togetherness next day too, so you can make a big batch Sunday night and pack your kids lunch with a handful of nuggets, plus their favorite dipping sauce (and some fries if they’re lucky).

They’ll love you for it.

This recipe only takes 20-25 minutes prep time, and that includes boiling quinoa on the stove and sculpting nuggets together (I wish I could get around this part, but unless you want one giant quinoa brick, I suggest you follow through). But don’t worry, if you don’t feel like doing all the work, just volunteer your kids to help.

After all, it’s for a good cause. 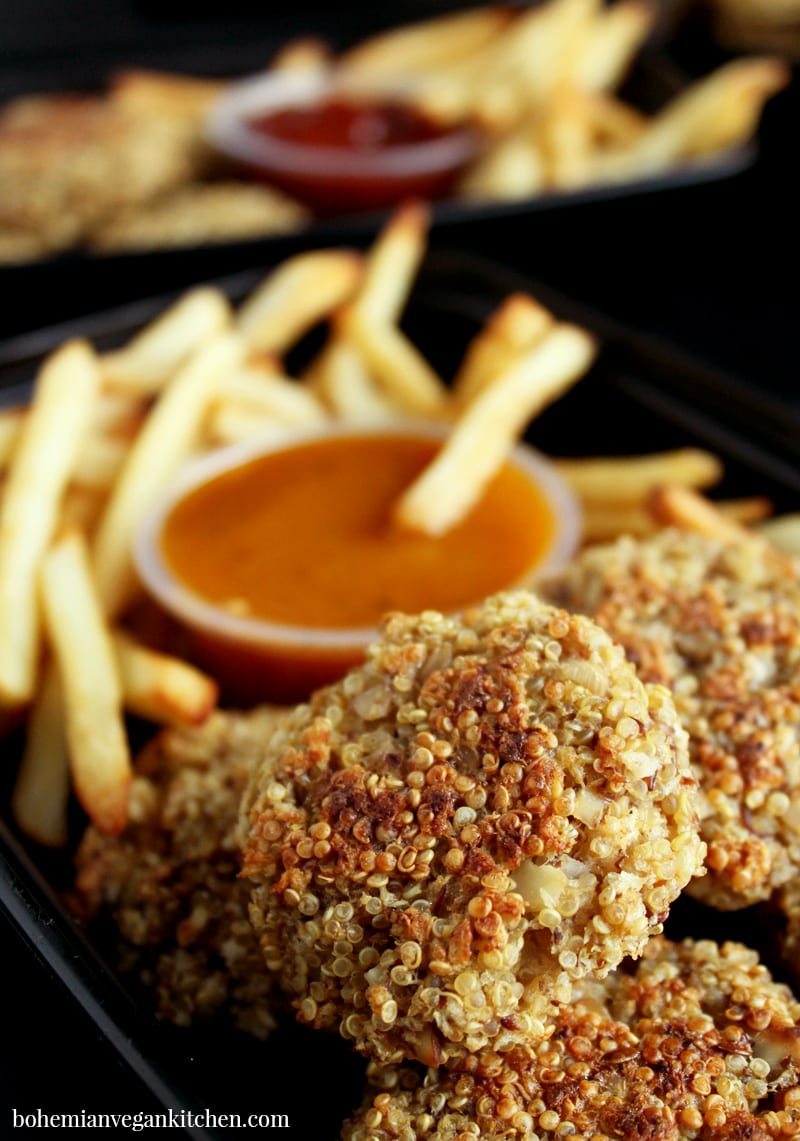 P.S. These nuggets contain hidden cauliflower to pack in extra vegetables for kids that aren’t on board the whole “veggie thing” yet. For other hidden veggie ideas, check out the substitutions below. 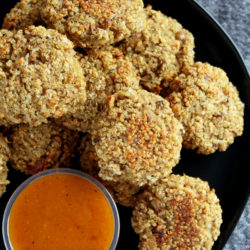 Randi Tisdall
Nuggets are here to stay as one of the top kids foods of all time, right next to pizza and hamburgers. Serve your kids healthy quinoa vegan nuggets that are 100% soy-free and gluten-free, while also packing hidden veggies for an added bonus. Great for kids lunches and easy dinners!
4.92 from 12 votes
Print Recipe Pin Recipe
Cook Time 15 mins
Total Time 35 mins
Course Main Course
Servings 28 nuggets, depending on how big you shape them
Calories 72 kcal 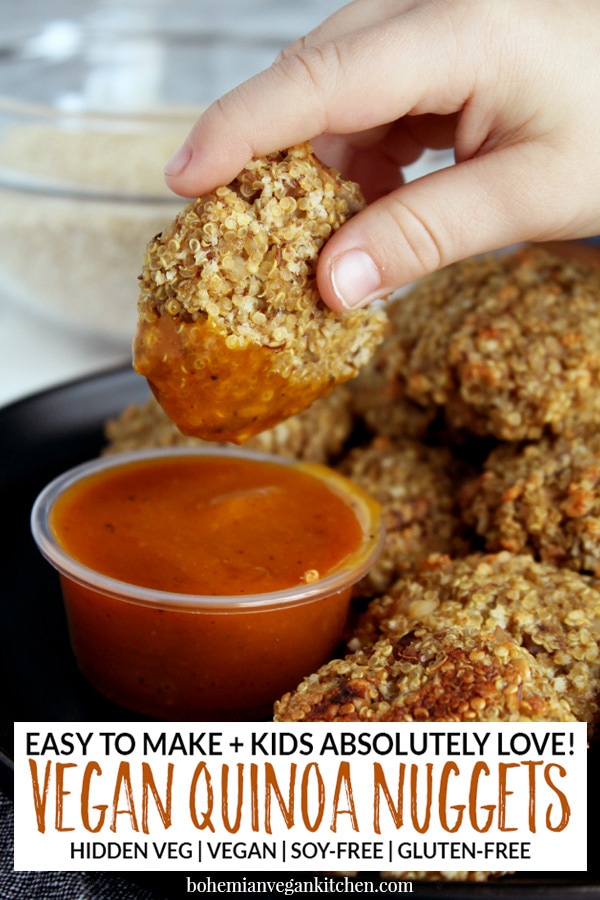